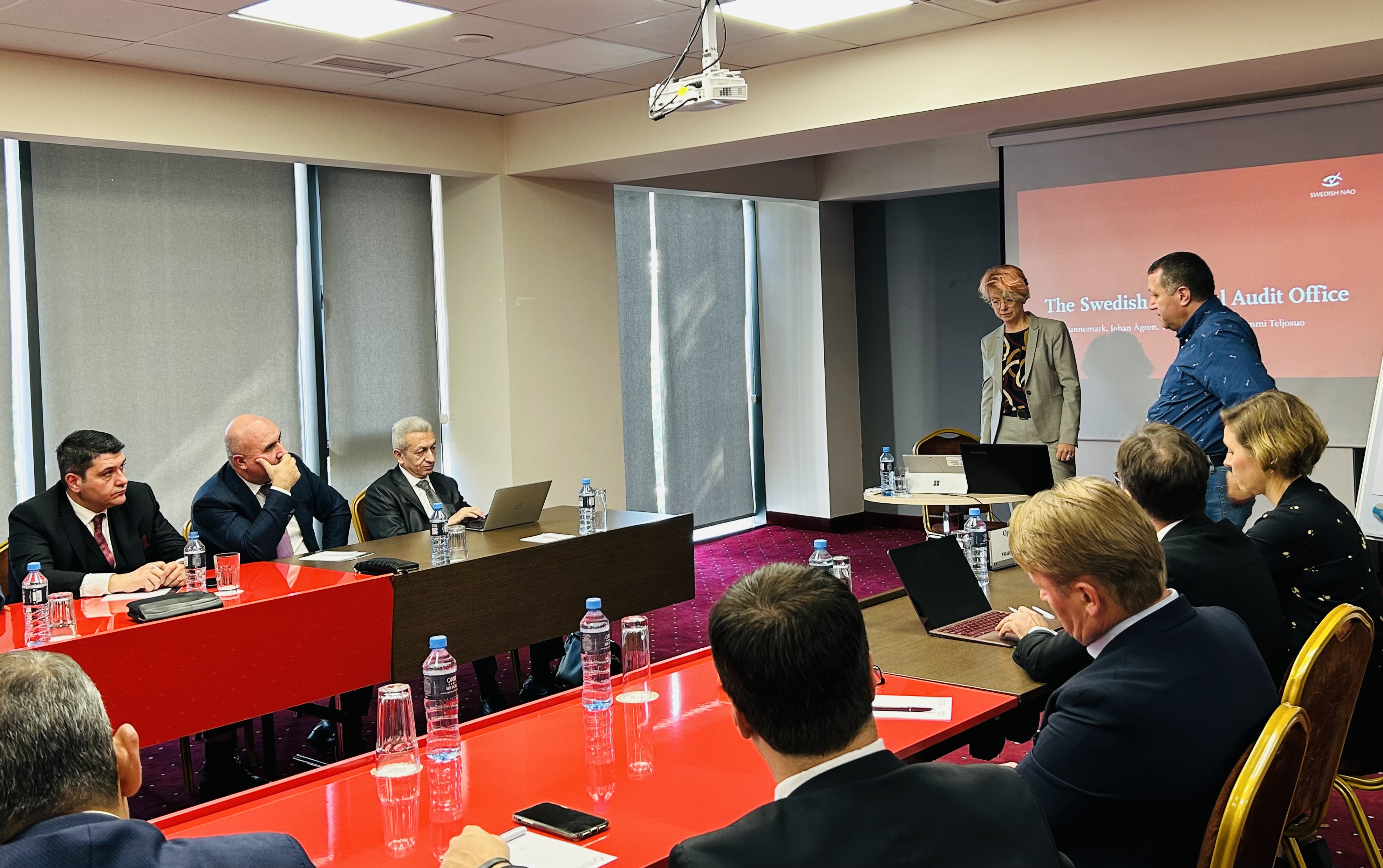 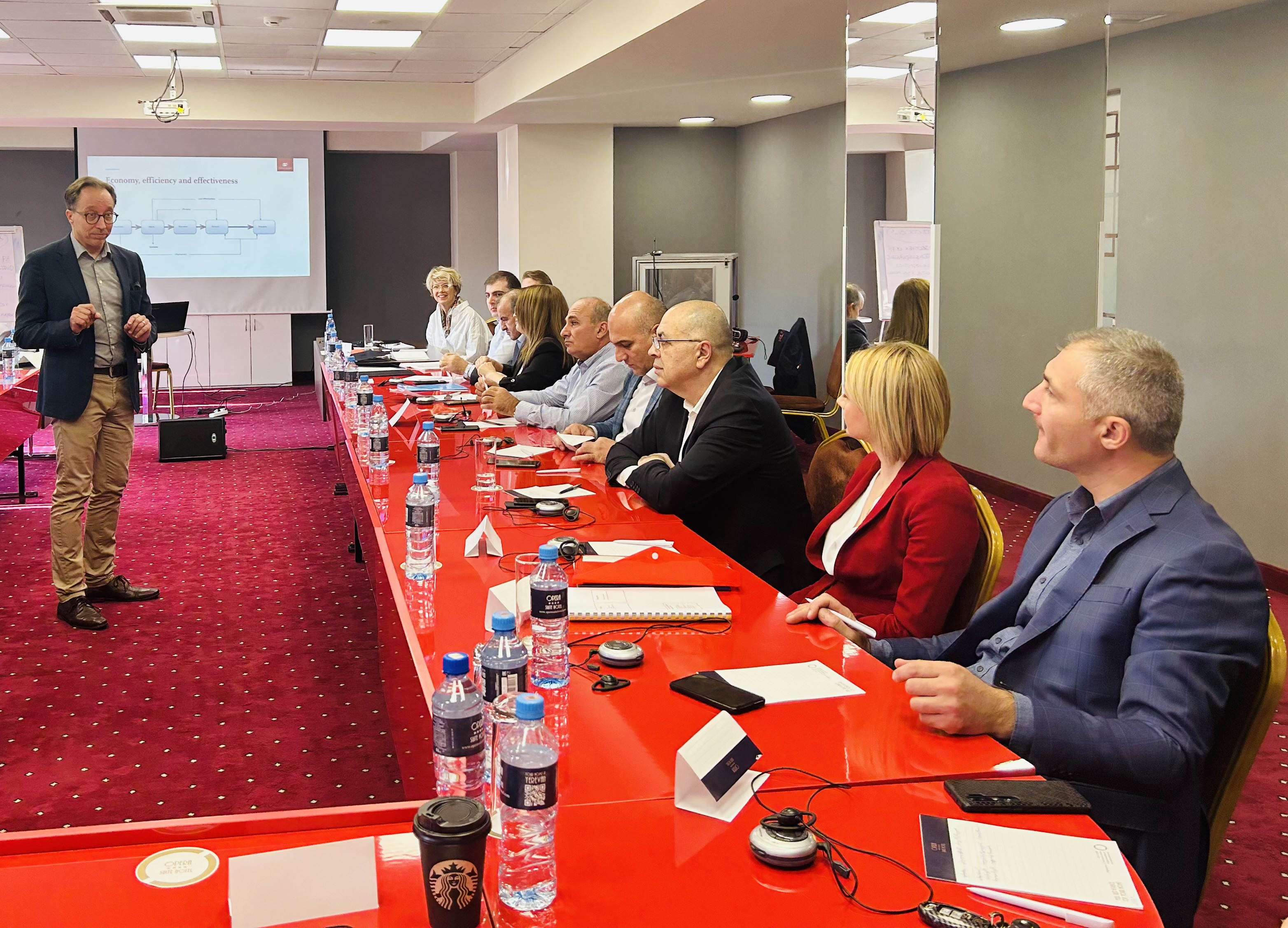 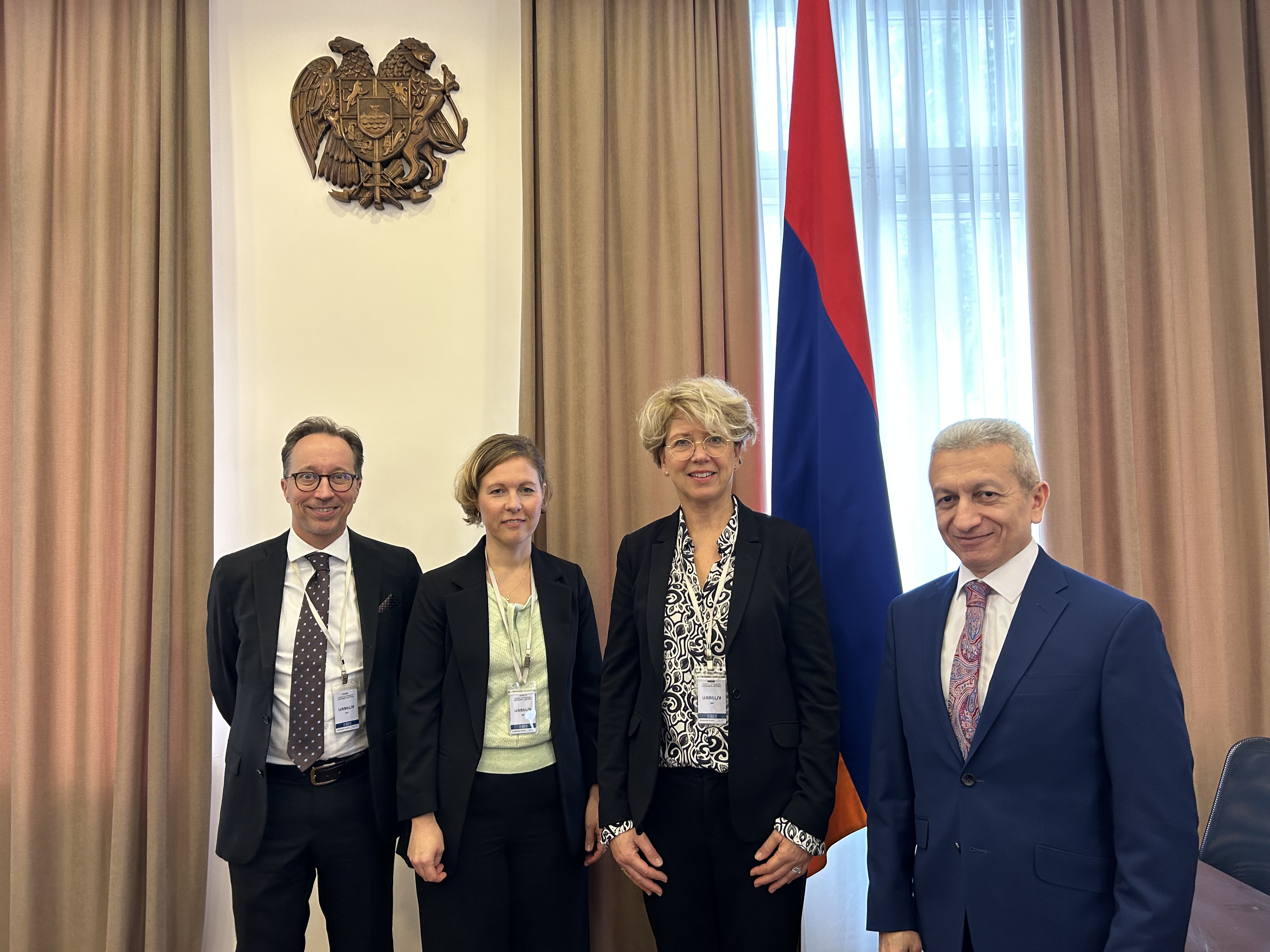 Within the framework of the memorandum of understanding signed between the Audit Chamber (AC) of the Republic of Armenia (RA) and the Swedish National Audit Office (SNAO) and also the cooperation program, the SNAO delegation was in Yerevan on October 17-21 to ensure the implementation of the activities stipulated in the AC’s Strategic Development Program for 2020-2023.

Atom Janjughazyan, the Chairman of AC, met the SNAO delegation. Welcoming SNAO representatives the Chairman emphasized the importance of the collaboration between the two Supreme Audit Institutions (SAI) and as a result the working atmosphere, which has always contributed to the AC’s reform agenda and strategic achievements.

Gina Funnemark, the head of the SNAO delegation, in turn welcoming the representatives of AC thanked for hosting the delegation. Highly appreciating the previous activities Gina Funnemark stated, that SNAO is interested in contribution to the AC’s improvement and highlighted the readiness to exchange the experience and knowledge.

In his reply, Atom Janjughazyan thanked the partner SAI for the high level of willingness, and mentioned that prioritizing the qualitative growth of the performance audit and also the communication with the external stakeholders, AC is ready to make every effort to improve these significant processes and ensure the further achievements.

During the meeting, issues referring to the expansion of the scope of cooperation, including the development of IT audit capabilities, the implementation of joint performance audits, as well as other issues related to the Peer-reviews of SAIs were discussed. 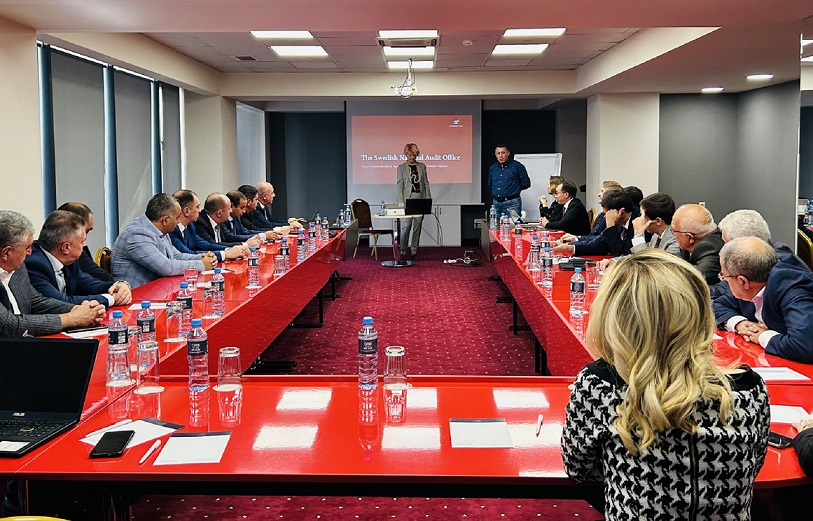 Within the framework of the visit, with the support of the UNDP “Modern Parliament for a Modern Armenia” project, which is financed by the Swedish government and implemented in cooperation with the National Assembly of RA, workshops on “Improvement of Performance Audit Capabilities” were held for the leadership of AC and the auditors as well, with the participation of Swedish experts.

A cultural program was also planned for the hosts. Within the framework of the program the representatives of SNAO visited the History Museum of Armenia.