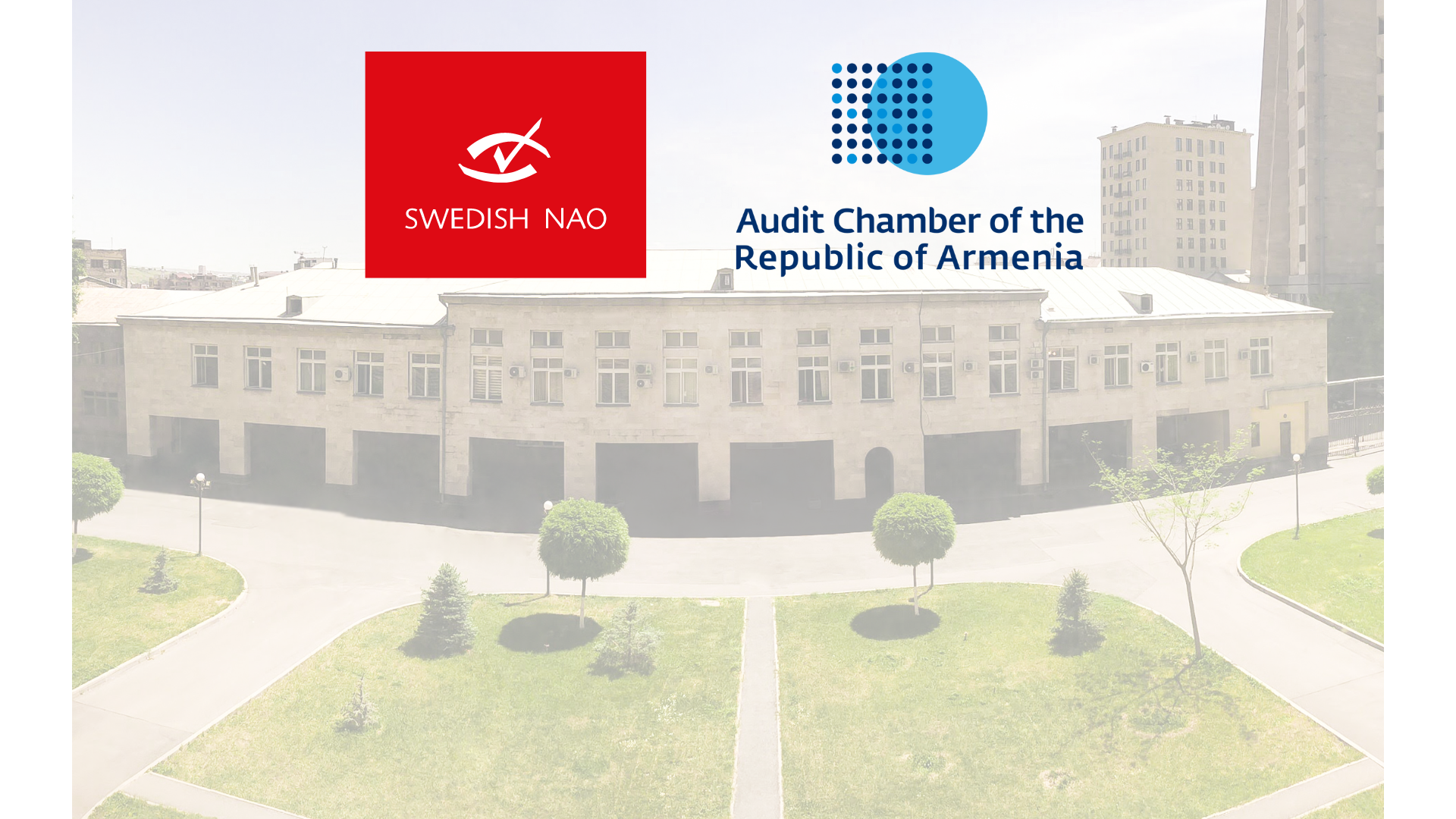 On June 30, an online meeting of the Steering Committee of the cooperation project was held based on the Memorandum of Understanding signed between the Supreme Audit Institutions of Armenia and Sweden.

Ms. Helena Lindberg, the Auditor General of Sweden, made the opening speech. Greeting the participants of the meeting, she expressed her high appreciation towards the joint efforts made regarding the agreed activities within the framework of cooperation. Ms. Lindberg stated that despite the difficulties of the past period, the progress concerning the implementation of planned activities is considered encouraging, and emphasized the readiness to continue supporting the Audit Chamber.

In his welcoming speech, Mr. Atom Janjughazyan, the Chairman of the Audit Chamber thanked for the high level of partnership achieved over the years, and assured that it has significantly contributed to the progress of the Audit Chamber's reforms. The Chairman stated that the Audit Chamber regards with honor to the obligation of continuous improvement of the external audit function, which serves the public interest, as well as introducing such a system, and from that point of view, he emphasized how important the external partner’s participation in the reform process is, especially highlighting the significance of experience sharing.

During the meeting, Zorayr Karapetyan, the Head of the Department of Methodology, Analysis and International Relations, made a presentation on the progress of the implementation of planned activities within the framework of bilateral cooperation.

From the Swedish side the program manager Christina Sand had a speech referring to the coordination of 2022-2023 joint activities. According to the results of the preliminary discussion, she presented the proposal of the further action plan relating to the methodology of performance audit and trainings, as well as to the improvement of communication and other activities, to the Steering Committee.

The participants approved the report on the progress of the project implementation and agreed to the proposal of upcoming activities.

During the meeting, other issues were also discussed; in particular, Ms. Lindberg highlighted the importance of the Audit Chamber’s legal framework improvement and inquired about the progress. In this sense, Atom Janjughazyan detailed the current legislative reform process, considering it fundamental and expressed hope that his optimism regarding the start of the next auditing period with the approved amendments will be justified.

At the end of the meeting, the participants thanked each other for the effective cooperation and planned to arrange the next regular meeting of the Steering Committee in July 2023.