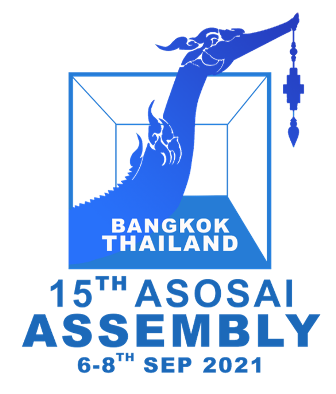 Within the official invitation of Prajuck Boonyoung, the Auditor General of the State Audit Office of the Kingdom of Thailand, the delegation headed by Levon Yolyan, the Chairman of the Audit Chamber of the Republic of Armenia, participated in the 15th ASOSAI Assembly, which took place through a video conference, due to the COVID-19 pandemic.

Delegates from the SAIs’ of 43 ASOSAI member countries, as well as representatives of invited international organizations attended the Assembly.

As an important official document, Assembly adopted The Bangkok Declaration, which defines four main directions for activities of member SAIs’ in the field of auditing in the Next Normal. These will contribute to the achievement of ASOSAI’s strategic goals and SDGs set by UN.

At the Assembly the reports on the ASOSAI activities, working groups and professional groups were presented. The ASOSAI Financial Statements for financial years (FY) 2018-2021 were also approved.

The ASOSAI Strategic Plan for 2022-2027, the budget for FYs 2022-2024, working plans for the ASOSAI working and professional groups were approved as well.

Within the framework of the Assembly, the ASOSAI Chairmanship was handed over from the Republic of Vietnam to the Kingdom of Thailand, the nomination of SAI India as the host of the 16th ASOSAI Assembly was approved.

The Assembly elected the Governing Board and Audit Committee for 2021-2024. The new Governing Board consists of members from SAIs of China, India, Japan, Korea, Malaysia, Pakistan, Philippines, Russia, Saudi Arabia, Thailand, Turkey, and Vietnam.

The Assembly also approved the renewal of the terms for the Secretary General (SAI China), the Capacity Development Administrator (SAI Japan), and the Journal Editor (SAI India), for 2021-2024.